The Emmy® nominated animated TV series Moominvalley has been extremely successful worldwide and was renewed for season 3 in autumn 2020 by anchor broadcasters Yle in Finland and Sky in the UK. Produced by Gutsy Animations, the series is based on the beloved Moomin stories by Finnish-Swedish author and artist Tove Jansson. Anima as a service studio is responsible for the production of the series starting from layout and animation until light and comp.

Moominvalley has been sold to over 40 countries including Finland (Yle), UK (Sky), Japan (NHK) and Germany (ZDF). Moominvalley won the Best Children’s Series Award at the renowned British Animation Awards, in addition to taking prizes at both the TBI Content Innovation Awards 2019 and Golden Venla 2019. It has also been nominated for an International Emmy® Kids Award, shortlisted for the Broadcast Digital Awards 2020 and nominated for a Rockie Award by Banff World Media Festival. (Source: Gutsy Animations) 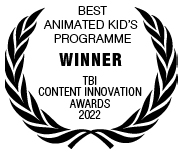 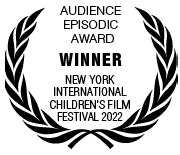